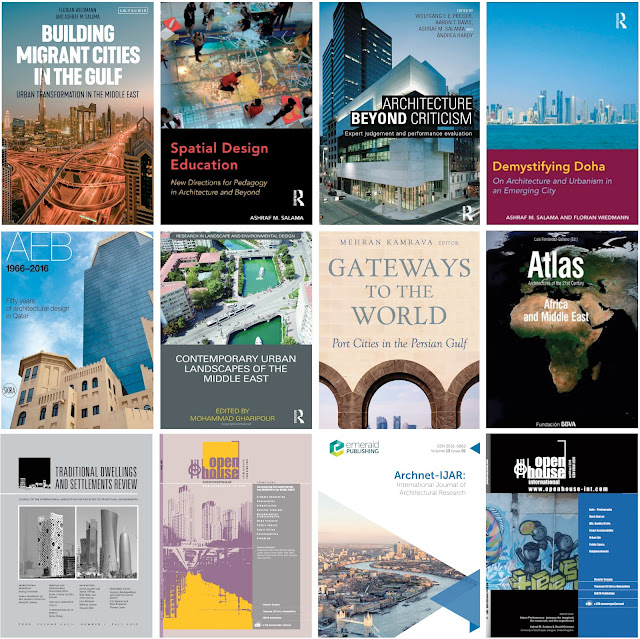 Expertise in Architectural and Urban Research
Research endeavours have been internationally recognised through an extensive record of publications, strong citation record, and a substantial number of funded research projects with grants received from the  Aga Trust for Culture in Geneva; British Council/Newton Funds; Centre for Inquiry-Based Learning, University of Sheffield; European Commission; Qatar National Research Fund; Scottish Funding Council; United States Agency for International Development; and Various Private Agencies and University Institutional Competition Schemes. This includes two large-scale research projects, awarded and funded by the National Priorities Research Program of the Qatar National Research Fund (QNRF) with a total value of more than £1,250,000.00:
Over more than twenty five years I have led the development of a series of studies that involved expert and scholarly contributions while attracting global attention. This includes  books, journal articles, and critical essays, and a series of special issues of Open House International (OHI) on affordable housing, environmentally sustainable tourism, shaping the future of learning environments, urban space diversity, evolving urbanism in the Arabian Peninsula, urban transformations in the Global South, advances in sustainable architecture and urbanism, and research perspectives on urban performance, This is coupled with my role as Chief Editor of Archnet-IJAR: International Journal of Architectural Research since 2007 and, recently, co-Chief Editor of Open House International.

My studies into architectural design pedagogy have evolved into a theory for knowledge integration in architectural design education, incorporating transformative pedagogy in architecture and urbanism. My recent book Spatial Design Education: New Directions for Pedagogy in Architecture and Beyond encapsulates my efforts, since the early 1990s, in examining architectural design pedagogy as a paradigm whose evolutionary processes, underpinning theories, contents, methods, tools, are questioned and critically examined. My recent work aims at understanding and articulating the potential of research-led teaching in a responsive knowledge construction process. This includes integrating appreciative inquiry into architectural pedagogy and cultivating a culture of an inquiry-based and a process centred pedagogy as well as   For more information see my pedagogy page, which includes my position and approach to classroom and studio teaching as well as various contributions and publications.

Theoretically Debated and Empirically Validated Frameworks
An integral part of my research is the development of valid theories and frameworks for utilisation into inquiry and assessment. This is based on various disciplinary perspectives and engagement with social sciences, including human geography and environmental psychology. To this end, I have collaborated with colleagues and developed research frameworks that examined sustainable urbanism in the Gulf region (see: Knowledge economy and sustainable urbanism in emerging metropolises) and explored the reciprocal relationship between housing preferences and lifestyle patterns (see: Transdisciplinary knowledge for affordable housing). The implementation of these frameworks has resulted in a number of tracks that continue to generate research outputs which strive to enhance decision making toward effective place making and place management strategies. Recent work in this area is reflected in integrationist triadic agenda for city research and the various perspectives on urban performance.

Lifestyle Trends and Housing Transformations
As part of our recent research, we are examining my earlier framework on lifestyle theories, which is resulting in new insights that offer in-depth understandings of human-environment interactions. Our research involves understanding the impact of cultural paradigmatic shifts on the evolution of courtyard houses in Cairo, the development of a socio-anthropological approach for exploring housing culture in contemporary Cairo, the evolution of housing typologies in Gulf cities, the role of mega projects in redefining housing development, and the impact of affordable housing on sustainability, the relationship between emerging housing patterns and urban fragmentation, and from a comparative perspective an examination of housing dynamics in various cities is imperative.

Socio-Spatial Practice of Migrant Communities
Over the past 5 years I have collaborated with colleagues in developing approaches to explore urban dynamics as they relate to migrant communities. A perceptual approach for investigating urban space diversity has been developed and tested in the context of the city of Doha. Additionally, utilising cognitive mapping techniques our research has examined the inhabitants’ spatial experience in the city. Among the important issues we have examined are responding to the questions of how urban liveability is perceived in the context of migration, and how housing conditions are perceived by migrant knowledge workers. Social restructuring and the relocation of migrant labourers is an important theme that our research has explored by developing in-depth insights into the understanding of the everyday urban environment of migrant labourers in Gulf cities. Recently, we have embarked on exploring opportunities for examining practices of migrant populations from the global south within contexts in the global north.


Knowledge Economy and Sustainable Urban Qualities
Since 2012 our research team has developed a framework for investigating urban qualities in emerging knowledge economies, which was an important base for developing subsequent studies and research outputs such as our internationally recognised books Demystifying Doha: on Architecture and Urbanism in an Emerging City and Building Migrant Cities in the Gulf: Urban Transformations in the Middle East, and our comprehensive study on knowledge economy and sustainable urbanism. Studies included uncovering the impact of economic transformations on urban structures, examining the production of urban qualities in emerging cities, exploring the notion of knowledge hubs, the resulting plurality and place typologies, and the way in which such notion impacts urban development, unveiling sustainable urban qualities in emerging cities, and developing understandings into the spatial development potentials of business districts. 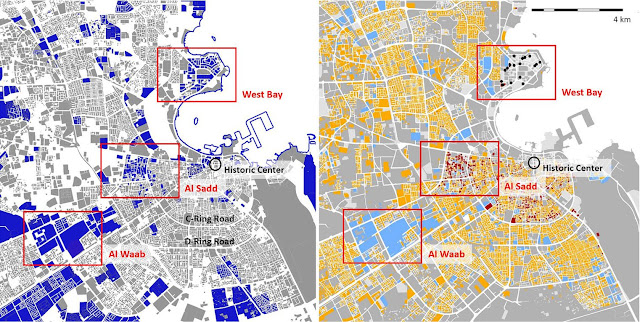 Cultural Identity and Image Making
My research has earlier investigated the conundrum of identity and meaning in the context of Egyptian architecture with a closer look at the various trends emerged in the Nineties, attempting to offer a critical voice on contemporary Cairo. Critical and contextual approaches are an important part of my quest for understanding and interpreting visual voices from the Arab world. Building on the notion of global flows introduced by theorists such Castells and Appadurai my work in this area aims to develop a discourse on how cultural identity manifests itself in the public face of architecture. The examination of the image of a city, its associated meanings, and how this is reflected in the printed media is an important endeavour. This is reflected in key publications that include manufacturing the image of Doha, interrogating the practice of image making, and our contribution to the pavilion of the Kingdom of Bahrain at the 14th International Architecture Exhibition La Biennale di Venezia (2014), entitled evolving Isms and multiple architectural identities in a growing region. Latest publications in this area involve an examination of evolutionary interventions in search of national architectural identity.  Theories and concepts related to cosmopolitanism, decolonialism, plurality, and multiple modernities are translated into recent research including Contemporary architecture of Cairo (1990–2020): mutational plurality of “ISMS”, decolonialism, and cosmopolitanism and our new book Architectural Excellence in Islamic Societies, where a series of decolonised narratives were developed to capture the quality of architecture and urbanism in Muslim Societies.


Understanding Urban Traditions
While the examination of urban traditions may be perceived as overlapping with the area of socio-spatial practice of migrant communities, it is believed that the examination of traditions and the vernacular is a unique area in its own. Key works included explorations of socio-spatial aspects of traditional souqs (marketplaces) in the context of Muscat, Oman The study of contextual geo-cultural politics and their inferences on the shaping of architectural identity has resulted in advanced understandings urban traditions in the contemporary lived space of cities on the Arabian Peninsula. Issues relevant to legitimization, the modern state, and nationalist particularism were explored through an examination of levels of legitimizing architectural and urban traditions in four Gulf cities, which were categorised into chronological, representational, and interventional. Recent works have also explored urban traditions in


User-Centred Assessment of Designed Environments
My work continues to place emphasis on examining the perceived quality and the measured characteristics of the designed environment at both architectural and urban scales. Earlier works included the utilization of structured methods for assessing the learning environment from user perspective in the context of North Carolina, United States, user-centred workplace pre-design research in the context of the state of Minnesota, United States, assessing outdoor spaces of campus environments in Qatar, the examination of users' reactions of Al Azhar Park in Cairo, Egypt, the impact of the spatial qualities of the workplace on architects' job satisfaction in Belfast, Northern Ireland. More recent work focuses on experiential assessment and examining attributes of urban open spaces which involved a spectrum of tools. Additionally, these tools have been validated in the context of Glasgow city centre including the development of a multi-layered investigation of St Enoch Square and characterisation and systematic assessment of urban open spaces in Glasgow city centre. An examination of the perceived and measured quality in architecture is being undertaken utilising the Riverside/Transportation Museum as a case study.


Research-Based Technical Assessment and Consulting
An inclusive research approach that demonstrates the impact of various variables is amenable to attract practice and industry. My consulting work engages with practice and industry including different institutions, real- estate development companies, and consulting and governments agencies. Examples of engagements with industry include various on-site technical review assignments for assessing housing projects in El Oued, Algeria, Social housing in Wilad Djallal, Algeria, Mosque and Islamic Cultural Centre, Rome, Italy. Examples also include action planning for the redevelopment of the historic core of the city of Quseir, Egypt, and a decision support scenario for real estate development projects in the city of Jeddah, Saudi Arabia. My research into sustainable tourism or ecotourism and the development of ecolodges is coupled with developing charrette processes for designing ecolodges in the Red Sea region, Egypt. This was based on earlier studies centred on developing guidelines and best practices for ecotourism and ecolodge development. See eco-tourism and the Egyptian context, eco-friendly lodges in Egyptian settings, and requirements for ecolodge design.


Dissemination and Impact
In addition to an extensive research and publications record including books, book chapters, journal papers, special issues, critical essays, as well as a distinguished citations profile, the various research themes outlined above, together with research mechanisms, findings, and outputs, have been disseminated in various conferences and professional and academic gatherings, students and junior professionals workshops, and public lectures. See some of these activities here: http://www.ashrafsalama.net/p/activities.html 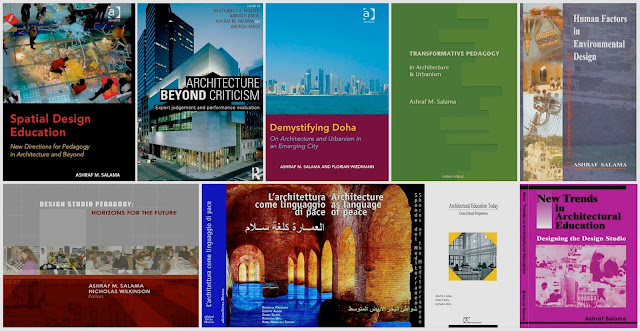 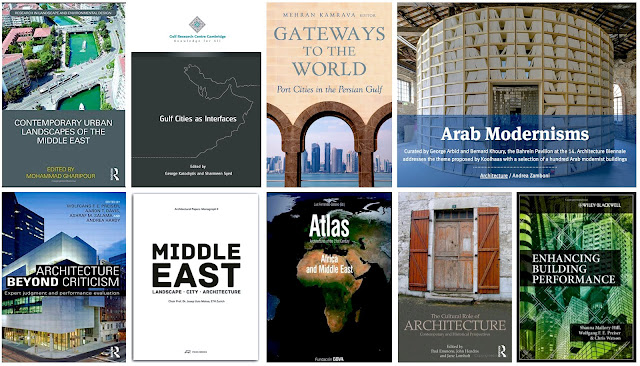 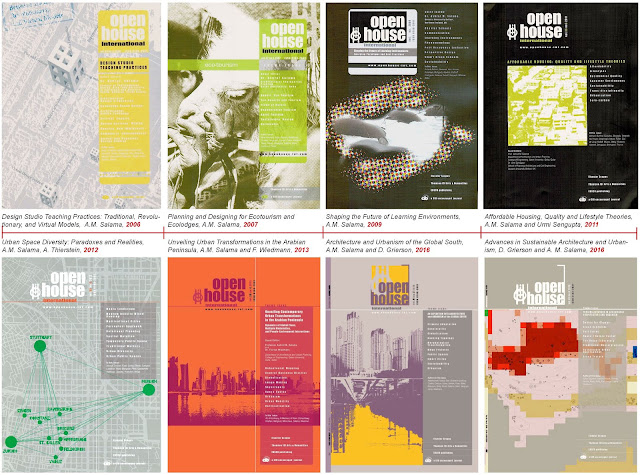 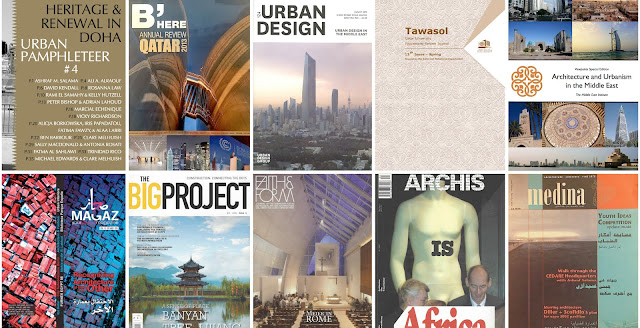 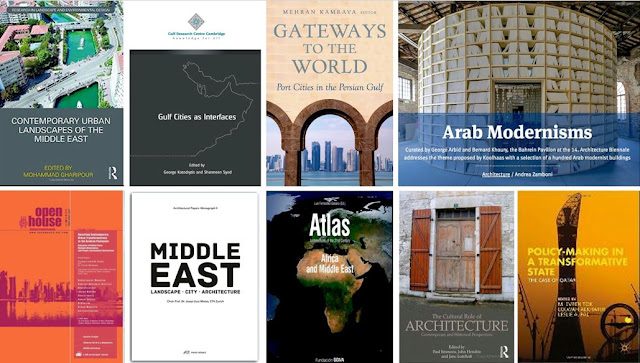 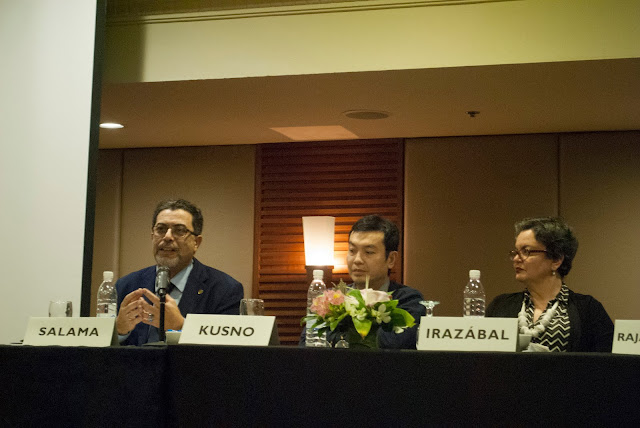 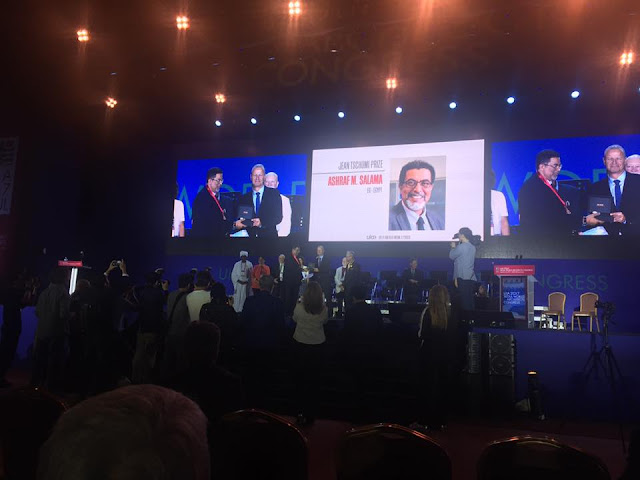 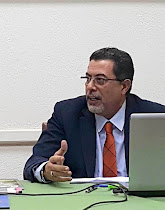